FOR YOUR FRANCHISING DISPUTE

WHAT IS THE FRANCHISING CODE OF CONDUCT?

Conflict between a franchisee (or multiple franchisees) and their franchisor involves a significant power imbalance.

That is why the Federal government has legislated a legally binding, Code of Conduct that franchisees and franchisors are both required to comply with, separate from the contractual obligations under their franchise agreement.

This Australian Code provides simpler and cheaper ‘ADR’ processes that franchisees and franchisors can use to to flexibly negotiate and finally resolve their conflicts without going to court. And parties must act in “good faith”.

TO INITIATE A DISPUTE YOU NEED TO SEND A NOTICE

Have a complaint that your franchise partner has not resolved? You need to send them a Notice of Dispute.

The Franchising Code of Conduct requires that a party (franchisee or franchisor) send the other party, a compliant ‘Notice of Dispute’ to initiate the process. You can use our FREE automated service to prepare and send your Notice of Dispute. You can also use it to send MULTIPLE Notices if other issues arise.

Derek Minus is the Franchising Dispute Resolver.
He can help to resolve your Franchise dispute NOW.

As the former Commonwealth government Mediation Adviser for  the franchising industry, he assisted hundreds of franchisees and franchisors to resolve their disputes.

As a barrister, accredited mediator and chartered arbitrator, he knows how the Franchising Code works and has the skills and process experience to personally assist you.

He has been instrumental is promoting the use of simpler more effective procedures for the efficient, cost effective and just resolution of Franchising Code disputes.

Service and Support Conflict that can affect your livelihood and value of your franchise can be stressful. We provide the facilities and personal support to get you into resolution quickly.

Need a conciliated agreement? He can be nominated or call upon over 100 mediators Australia-wide who he can refer for appointment by the parties to conduct the mediation of your dispute.

Want an adjudicated decision? With the agreement of the parties the expense and delay of the court system can be avoided with a private arbitration.

Send the notice and select the Resolution Process

Here is how you start.

To get the protections, of good faith negotiations and simplified dispute resolution under the Code, the person (franchisee or franchisor) raising the dispute (called the Complainant) must notify the other party (called the Respondent) of the dispute in writing, by sending them a Notice of Dispute’

(a)  the nature of the dispute, and (b)  what action the complainant thinks will settle the dispute, and (c)  what outcome the complainant wants.
We make it easy for you to professionally prepare your Notice. Just fill in the details in response to the questions above into our on-line form and we will email it for you, with all your supporting documents, to the Respondent.

PREPARE AND SEND YOUR NOTICE

Once a Notice of Dispute has been served, the parties have 21 days to negotiate between themselves to attempt to resolve the problems that have been identified, before any further action is taken.

If at the end of the 21 day period, the dispute has not been resolved, any party has the right, to refer the matter to an ADR practitioner for an ADR process or request Arbitration.

The franchisor and franchisee/s are are under an obligation to attempt to resolve the dispute in a reconciliatory manner. This includes attending and participating in meetings at reasonable times, acting in good faith and not taking action that has the effect of damaging the reputation of the franchise system.

The ADR process involves an independent conciliator or mediator facilitating the discussions between the parties and assisting them to reach agreement on the issues they have on a shared appreciation of their interests. 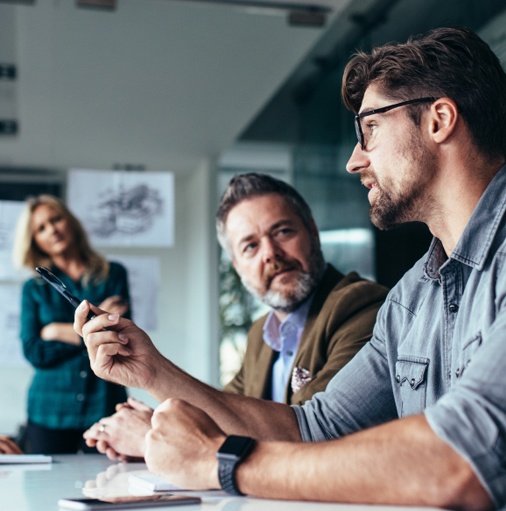 Groups of franchisees can now join together in a SINGLE dispute process against their franchisor.

This is a powerful procedure for two or more franchisees with a similar dispute against a single franchisor. Together they can refer their dispute to single ADR practitioner for a single ADR process, even when the franchisor does not agree.

We assist multi-franchisees with the organisation of their dispute. We provide common conferences by ‘virtual attendance’ technology to enable them to get together and system processes that allow individual franchisees to lodge their complaints and then have them consolidated and coordinated.

We allocate ‘dispute managers’ to communicate status and discuss circumstances, so that all franchisee members feel supported and engaged.

Our previous experience in pioneering the resolution of large multi-party groups, means that we are well placed to provide multi-franchisees with the operational support to carry their dispute forward to resolution. 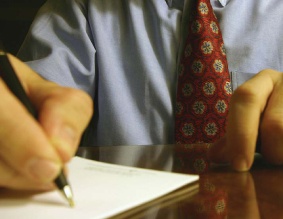 This is a unique FIXED price COMBINED CONCILIATION and ARBITRATION process.

Conciliation is flexible and advisory, allowing parties to reach a quick, informed settlement by agreement. If there are still issues unresolved (and the parties jointly agree) an arbitration is then conducted that provides an award which is a final, just determination of the dispute.

The fee for both processes is fixed so parties know at the start, their investment in the dispute to obtain a final resolution. Fees are only charged for each part of the process separately so parties also know what they will save if they are able to agree a resolution at the Conciliation stage.

Previously, franchisees were required to bring their claims individually against the franchisor, even where there was a group of franchisees who had the same complaint.

The ACCC has amended the Franchising Code to shift the imbalance of bargaining power that exists between the franchisor and franchisee when resolving disputes and to create a more efficient process and use of resources.

Franchisees with a similar disputes can have their complaints dealt with together.

The ADR practitioner may conduct the ADR process despite the franchisor’s disagreement and the franchisor must attend and participate in ‘good faith’.

‘Level-the-field’ by joining other franchisees to negotiate with the same franchisor.

Franchisees can now join together to support each other in their common dispute with the franchisor. They also have the legislative protection of the Code (see below).

The Franchising Code provides that parties who are in dispute must attend an ADR process, if one requests it, and may attend arbitration if both agree.

Conciliation provides flexibility as the parties, assisted by a facilitator, reach their own agreement. Arbitration provides finality with a binding award. It is a simple, quick and fair process as arbitrators act according to equity, good conscience and the substantial merits of the case without regard for technicalities or legal forms.

With our experience in resolving hundreds of Code disputes, we have designed the process and the Rules for a COMBINED Conciliation and Arbitration procedure to provide quick results and low FIXED fee. Multi-parties can also use the Fixed fee Combined model for their disputes.

First we start with the ADR conciliation process, if the matter resolves at this point, we provide a written Heads of Agreement. If some issues remain undecided and the parties jointly agree, we then initiate the Arbitration.

In each situation, a fixed fee is pre-advised. That means you know exactly what your total  investment will be in electing to resolve any dispute under the Code and you can decide whether it is commercially viable to pursue a final outcome.

Contact us to discover the details of how your dispute can be managed with this new combined process.

The majority of disputes are resolved by the ADR process. But when they are not, it used to mean that a party would have to initiate expensive and lengthy litigation in the court system to get a resolution.

Now, if both parties agree, Arbitration is available to provide a speedy and inexpensive binding determination.

Arbitration is a form or private judging involving an expert evaluator. The arbitrator is able to use their own expertise and separately investigate the circumstances of a claim.

Although you may not have known of it, arbitration has been around for thousands of years, is used in every international commercial dispute and arbitration-like processes are used in every tribunal; like NCAT, VCAT, QCAT, the AAT and other administrative tribunals.

Where an arbitration is conducted, the arbitrator can award remedies, compensation, interests and costs.

Most commercial partners prefer a simple and quick process that results in a binding determination (whether it is for or against them) then endlessly pursuing expensive litigation where decisions are often reversed on appeal.

We can assist you and your franchise partner with the legal adjudication of your dispute by appointing an expert evaluator or arbitrator to make a determination.

Franchisees from the same franchise are now supported by changes in the law.

They can now get together and assist one another, when they are involved in a similar dispute with their franchisor.

Franchisees (or prospective franchisees) have a right to associate for any lawful purpose. Franchisors cannot restrict or impair the franchisee’s freedom to form an association. A civil penalty can be imposed if they do.

Recent changes to the Franchising Code allow franchisees, in the same franchise system, to freely discuss their disputes with each other, despite any confidentiality requirements in their franchise agreements.

Normally, Australian trade practices law prohibits businesses from engaging in anti-competitive arrangements like colluding or working together as a group. Franchisees are able to negotiate collectively with their franchisor without first having to seek ACCC approval.

A special exemption now applies to franchisees that engage in ‘franchisee collective bargaining conduct‘ when collectively negotiating with other franchisees who are part of the same franchise network or ‘brand’ and where the target is the common franchisor.

VIRTUAL ATTENDANCE at an ADR Conference

Attend an ADR Process or Arbitration by Virtual Attendance technology.

The Franchising Code now specifically endorses the use of telephone, video-conferencing or on-line presence
that allows a person to attend an ADR process or an arbitration without having to be physically present.

We are now live with ZOOM video-conferencing all over Australia.

Read about our ZOOM video service

WE administer the dispute resolution process for YOU

We provide end-to-end administration of your dispute to ensure a speedy resolution.

When you are ready to proceed to an ADR process, we will register your request and assist you provide the information you need to send to the other party. You can upload those documents on-line and we will arrange to email all the material you want to send to them and any other interested parties, like the lawyers.

Video-conferencing facilities are provided at no additional cost, for the conduct of pre-mediation meetings or even the conduct of the mediation, if the parties agree.

Our administration staff will personally contact you and the other party to discuss the nature of your dispute, the mediator skills required and the timing of the mediation.

We will prepare the completed mediation agreement for signature as an electronic document and send it to you along with information sheets about the mediation process.

Want to keep up to date with Franchising Code developments?
Exchange views, discuss and ask questions?
Send images and share your information?